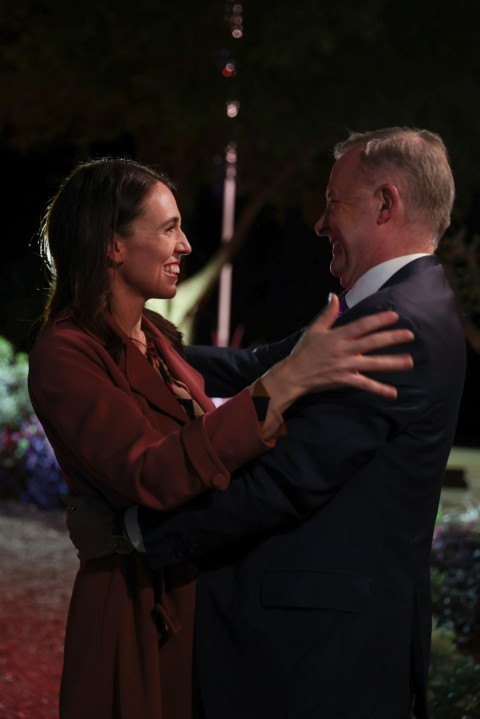 "I was really delighted to meet Prime Minister Albanese and congratulate him in person on his election win. Our time together today cements an already very close relationship between our two nations," Ardern said in a statement on Friday.

“To meet so quickly after the Australian election is indicative of the close relationship of our two countries. I look forward to continue working together, and hosting the Prime Minister in New Zealand in the future. Through our single economic market, our people-to-people ties and our shared interests in our region and the world, wherever New Zealand and Australia face challenges and change, we both gain more by facing them together," Ardern explained.

The pair discussed cooperation and engagement in the Pacific region, in particular the importance of working together to support Pacific partners facing a complex and growing array of challenges, including climate change and an increasingly contested strategic environment.

The talks also covered Australia and New Zealand’s common goals on the international stage including support for the international rules-based order and its institutions, responses to Russia’s invasion of Ukraine and the Christchurch Call to address terrorist and violent extremist content online.