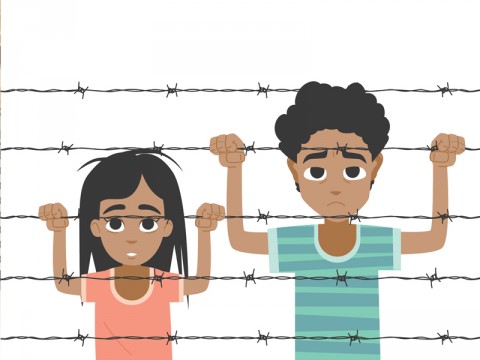 After a visit to Damascus on 19-21 April, and ahead of the international conference on "The Future of Syria and the Region" to be held next month, he has reminded donors and policymakers that some 438,000 Palestine refugees remain in Syria, most at least once displaced and living under the poverty line.
BERITA TERKAIT

The recent spike in the prices of food, fuel and commodities globally adds a layer of hardship to an already dire situation for the refugees in Syria, after 11 years of conflict. Many report living on one meal a day, preferring to lower their intake to be able to feed their children.

"It is very difficult to describe the destitution of most Palestine refugees in Syria. They often seem to fall off the grid, off the global attention. They need the support of the international community. After 11 years of a grueling conflict that displaced half the population, most Palestine refugees need UNRWA cash assistance to survive. Sadly though, insufficient funding to UNRWA makes it unable to cover their needs. Female headed families and families of disabled children are most vulnerable and most in need of support," said Lazzarini in a press release on Tuesday.

UNRWA expects Palestine refugee families that receive government clearance to continue returning to camps such as Yarmouk and Ein el Tal, despite the destruction and risks of unexploded ordinance.

"UNRWA must be able to provide at least basic health and education services to Palestine refugees who have no choice but to return to camps that are still largely destroyed," said Lazzarini.

During his visit, the Commissioner-General met with Minister of Foreign Affairs and Expatriates, Dr. Faysal Miqdad and the Director-General of the General Authority for Palestinian Arab Refugees (GAPAR), Mr. Qasem Husein to discuss the situation in Palestine refugee camps and ways to continue to support jointly Palestine refugees.

The Commissioner-General lauded the UNRWA front line staff, teachers, doctors, nurses, social workers for their dedication in providing essential services throughout the conflict to Palestine refugees, sometimes at the risk of their own life.

UNRWA has lost 19 staff member in Syria since the beginning of the conflict.