Govt Hands over Diyat to Family of Slain Migrant Worker 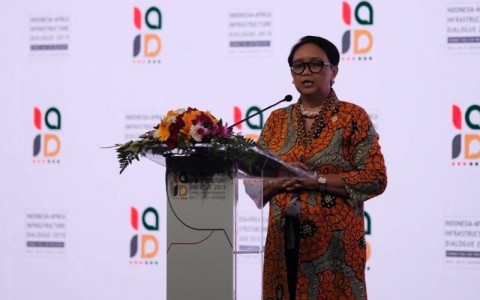 The victim has only been identified with the initials MBS. The Indonesian migrant worker was killed by his employer in Mecca, Saudi Arabia in March 2018.
BERITA TERKAIT

Diyat is the financial compensation paid to the victim or heirs of a victim in the cases of murder, bodily harm or property damage. The diyat was handed over on the sidelines of the 2019 Indonesia-Africa Infrastructure Dialogue (IAID) Forum held in Bali.

"The government extends its deepest sympathies to the family of the slain worker," Retno said in a press statement released on Wednesday.

According to the minister, the Ministry of Foreign Affairs and the pursued legal action against the perpetrator.  According to the court's decision, the employer was guilty of capital offence under the Islamic law.

However, the mother of the victim forgave the employer for his offence. In addition to paying diyat, the employer was also sentenced to 10 years in prison and caning. (Translator: Muhammad Gestinev)