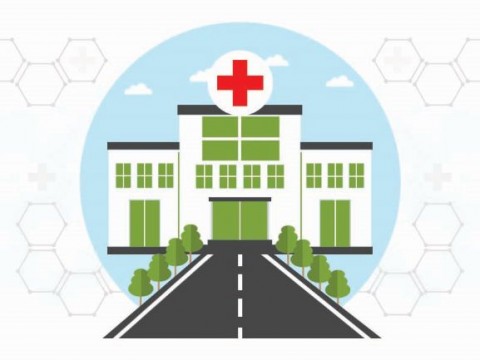 Botswana has one of the most severe HIV epidemics in the world.
Brazzaville: Botswana has become the first high-burden country to be certified for achieving an important milestone on the path to eliminating mother-to-child transmission of HIV by the World Health Organization (WHO).

High-burden HIV countries are defined as those with more than 2% of pregnant women living with the virus. Botswana has achieved the "silver tier" status, which moves it closer to eliminating mother-to-child HIV transmission. WHO awards this certification to countries which have brought the mother-to-child HIV transmission rate to under 5 %; provided antenatal care and antiretroviral treatment to more than 90 % of pregnant women; and achieved an HIV case rate of fewer than 500 per 100,000 live births.
BERITA TERKAIT

"This is a huge accomplishment for a country that has one of the most severe HIV epidemics in the world – Botswana demonstrates that an AIDS-free generation is possible," said Dr Matshidiso Moeti, WHO Regional Director for Africa, in a press release on Thursday.

"This groundbreaking milestone is a big step forward in ending AIDS on the continent and shows how visionary political leadership aligned with public health priorities can save lives. I look forward to other African countries also reaching this goal," she added.

Globally, 15 countries have been certified for eliminating mother-to-child HIV transmission. None of them had an epidemic as large as Botswana. The country’s feat to date on its journey to elimination is the result of a national response strategy spanning two decades. In 1999 and facing an HIV prevalence rate as high as 30%, Botswana initiated an aggressive programme to prevent mother-to-child transmission.

"Botswana’s pathfinding accomplishment demonstrates the remarkable progress that can be achieved when the needs of mothers living with HIV and their children are prioritized," said Winnie Byanyima, UNAIDS Executive Director.

"Children are among the groups left furthest behind in the HIV response. Addressing this inequality and preventing new HIV infections in children is critical if we are to end AIDS. Political commitment, strong leadership and the hard work of dedicated health care workers and communities in Botswana have delivered impressive results," Byanyima added.

Women living with HIV who do not receive antiretroviral (ARV) medicine have a 15–45% chance of transmitting the virus to their children during pregnancy, labour, delivery or breastfeeding. That risk drops to less than 5% if treatment is given to both mothers and children throughout the stages when transmission can occur. Botswana quickly achieved national ARV coverage before going on to implement increasingly effective regimens, following WHO guidance.

In 2013, Botswana became one of the first countries in the world to implement the so-called ‘Option B+’, a plan for treating all pregnant and breastfeeding women living with HIV with a highly effective lifelong triple antiretroviral treatment regimen at the time of diagnosis.

Botswana is now updating its guidance regarding syphilis and will expand its elimination objectives moving forward.