Indonesia Asked to Not Overreact over Coronavirus Outbreak 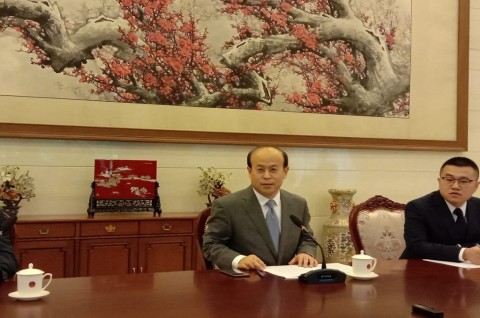 Chinese Ambassador to Indonesia Xiao Qian (Photo:Medcom.id/Marcheilla Ariesta)
Jakarta: Indonesia has implemented a policy to temporarily prohibit flights to and from China to prevent the entry of the Novel Coronavirus (nCov). Indonesia's action is unfortunate for the Chinese Government.

"In our opinion, in this situation we need to be calm, no need to overreact so as not to have a negative impact on investment and trade," Chinese Ambassador to Indonesia Xiao Qian said at a press conference at his residence, Jakarta on Tuesday, February 4, 2020.
BERITA TERKAIT

According to Ambassador Qian, China has paid special attention to Indonesia's actions. For him, banning flights to and from China and restricting food and beverage imports from China would only have a negative impact.