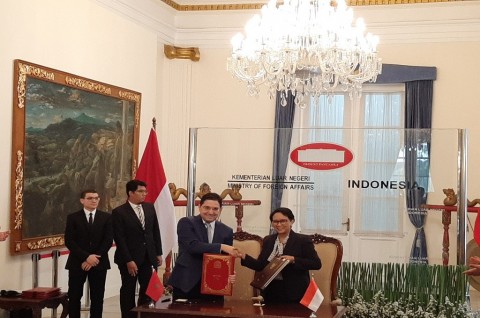 "We are discussing the challenges of global radicalism and terrorism,"the Indonesian top diplomat said at the Ministry of Foreign Affairs, Jakarta on Monday, October 28, 2019.
BERITA TERKAIT

"I welcome that in this meeting, Indonesia and Morocco can sign an MoU on the exchange of information related to money laundering and the financing of terrorism," she told reporters after the meeting.

"The MoUs that we have signed today will be a very good start for intensive cooperation," he concluded.

The signing of the MoUs was carried out between Foreign Minister Bourita and Head of the National Counterterrorism Agency Suhardi Alius.

In addition to dealing with the prevention of radicalism and the financing of terrorism, an MoU was also signed for cooperation in the field of marine industry.