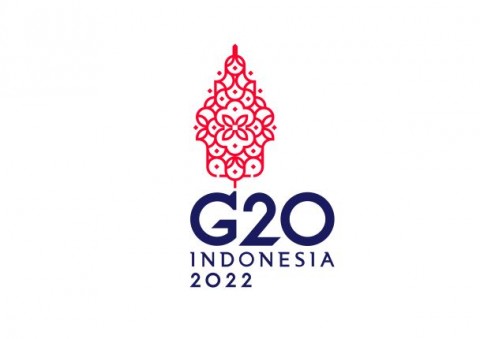 Jakarta: For the first time in history, Indonesia will hold the G20 Presidency.


The handover of the Presidency will take place at the Rome Summit on 30-31 October 2021, from Italian Presidency 2021 to Indonesia.

During the G20 Presidency, the Indonesian government will raise the theme "Recover Together, Recover Stronger", which reflects the spirit of collective recovery with the world.

"This spirit is reflected in the logo of the G20 Indonesia Presidency," said the Indonesian Ministry of Foreign Affairs in a press release on Monday.

With red-and-white color base, and the design that combines the silhouette of the gunungan and the kawung batik motif, the G20 Indonesia Presidency logo clearly shows the identity of Indonesia.

The gunungan motif depicts life in the universe, especially the movement towards a new chapter.

It reflects optimism and enthusiasm to recover from the covid-19 pandemic, and enter a new chapter of green and inclusive development.

Meanwhile, the kawung batik motif reflects the spirit to be useful to others.

In the context of the G20, this illustrates the determination of the Indonesia’s G20 Presidency to promote world recovery, after two years the world has struggled to deal with the Covid-19 pandemic.

In addition to combining the two motifs above, the logo of the G20 Indonesia Presidency also appears as tendril of a plant that continues to grow.

Tendril is a representation of a green, inclusive and sustainable recovery spirit.

To complete the philosophy of this logo, at the bottom there is the wordings of G20 Indonesia.

It is written in dark blue, which represents Indonesia's identity as a maritime country – the vast sea; rich in resources and has the power to connect the world and nations.

"For Indonesia’s G20 Presidency, the philosophy of the sea also represents developing countries and small islands that Indonesia aims to embrace. The ocean is a source of growth, and with good management it can help communities achieve sustainable economic recovery," it explained.

The logo design is the work of young Indonesians through a competition conducted by the Indonesian Ministry of Foreign Affairs in collaboration with the Association of Indonesian Graphic Designers (ADGI).