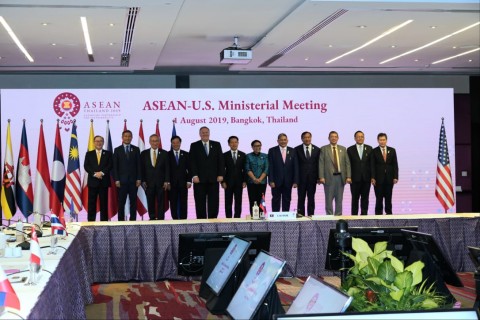 First, Indonesia appreciateed the US Secretary of State Pompeo’s attending the meeting. His presence signifies USA’s commitment in strengthening the country’s cooperation with ASEAN.
BERITA TERKAIT

Second, Indonesia stated that the world is full of uncertainty and challenges. In order to overcome the situation, Indonesia believes that the only solution is by improving cooperation between the ASEAN and USA, to create a better world for all.

"The ASEAN Outlook on Indo-Pacific will be the guideline and instrument for ASEAN to contribute to the creation of regional and global peace," the Foreign Ministry said in a press statement released on Friday

Third, the Indonesian governmentt highlighted the Palestine issue. With its capacity, the US is expected to assist Palestine in establishing just peace and their vision of independence, by settling the conflicts between the two countries.

"The Palestine issue is kept close in the hearts of Indonesian people," Minister Retno was quoted as saying.

The meeting is a part of the ASEAN Foreign Ministers and Dialogue Partner Meeting series held from 30 July to 2 August 2019.