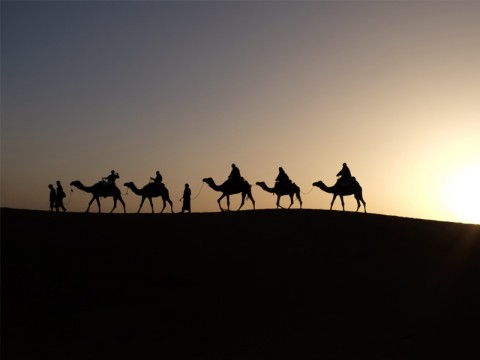 Illustration (Photo:Medcom.id/M Rizal)
Jakarta: President Joko "Jokowi" Widodo respects the Saudi Arabian government’s decision to temporarily halt Umrah pilgrimage services from outside the country amid concerns over the spread of the COVID-19.

According to hin, he received information in connection with the temporary ban, on Wednesday, February 26, 2020. He explained that the suspension of Umrah pilgrimage services is not only for Indonesia but also applies to all countries.

"They want to protect their citizens from the coronavirus. We highly respect that," the former Jakarta governor stated.

Saudi Arabia, where the Islamic Holy Cities of Mecca and Medina are located, is a destination for Muslims from across the world keen to perform Hajj and Umrah pilgrimages.

According to a report released by the United Nations' World Health Organization as of February 25, 2020, globally, there are 81,109 confirmed COVID-19 cases, with the addition of 871 new cases, including 459 new cases in 37 countries outside China and 412 new cases in China.

In view of the increasingly widespread outbreak of COVID-19, the Ministry of Hajj and Umrah of Saudi Arabia has officially temporarily suspended Umrah pilgrimage services for residents from outside the kingdom. (Antara)