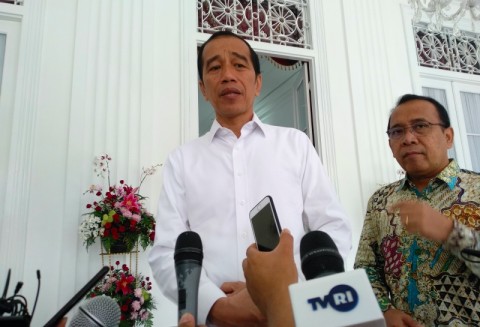 The cruise ship has been quarantined in Yokohama Port, Japan since early February 2020. More than 600 hundred passengers and crew members have tested positive for C0VID 19.
BERITA TERKAIT

Four out of 78 Indonesian crew members tested positive for the disease this week. They are currently treated at hospitals in Chiba and Tokyo.

"I think it could be carried out sooner than later. The communication between Indonesia and Japan is still ongoing. We hope the decision could be taken immediately. So, we could quickly take action," President Jokowi said here on Friday, February 21, 2020.

"The process is still on going. We have not determined the mechanism of the evacuation. They could be evacuated with a plane. They could also be evacauted with a hospital ship," President Jokowi explained.

The Japanese Ambassador to Indonesia Masafumi Ishii earlier said that his government is ready to assist the evacuation. The Japanese diplomat added that Indonesian officials should also discuss the plan with the owner of the cruise ship.