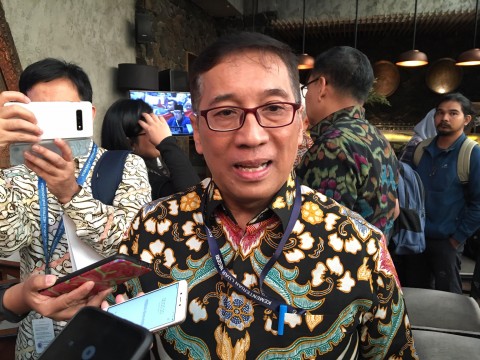 "Indonesia has proposed that the OIC present this issue at the UN General Assembly and to the UN Security Council. The OIC must act before the Israeli elections, "said the Director General of Multilateral Cooperation of the Foreign Affairs Ministry Febryan Ruddyard in Jakarta on Monday, September 16, 2019.
BERITA TERKAIT

Earlier, Israeli Prime Minister Benjamin Netanyahu declared that he would annex the Jordan Valley region in the West Bank if he won the election on September 17 tomorrow.

"Indonesia views Israel's campaign promises to the annexation of the Palestinian West Bank region as an act that does not heed international law, and is a clear form of violation of UN resolutions," he stressed.

Febryan added that Indonesia hopes that the OIC could call on the international community to provide support to Palestinians and not recognize Israel's illegal actions.

In addition, the presence of 57 OIC member states at the UN General Assembly will be influential enough to create a special session to discuss this Israeli annexation plan.

"Indonesia has conveyed it to the OIC. We will see the details later in the field, "he said.

The 74th session of the UN General Assembly will start on September 17. The first day of the high-level General Debate will take place on September 24 and the debate will last until September 30.