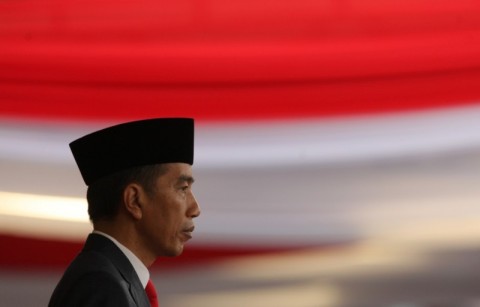 The President and First Lady Iriana departed from Platform 4 of Przemysl Glowny Station, Przemysl, Poland, on Tuesday evening to Kyiv, Ukraine, on a trip aboard a special train, with the journey taking some 12 hours.
BERITA TERKAIT

"We start this peace mission with a good intention. May it run smoothly," he remarked.

President Jokowi and his entourage boarded the extraordinary train prepared by the Ukrainian government, as was also used by state leaders, who had visited Ukraine earlier.

The president and his entourage, comprising Foreign Affairs Minister Retno Marsudi and Cabinet Secretary Pramono Anung, are expected to arrive in Kyiv on Wednesday local time.

President Jokowi is on a mission to build peace, stop war, and promote dialog during his visit to Ukraine, which is in conflict with Russia.

From Kyiv, the president is scheduled to continue his trip to Russia to meet President Vladimir Putin in Moscow on June 30, 2022.

Foreign Minister Retno Marsudi, in her statement in Munich, Germany, before her departure to Poland, said she had conducted intensive communication with various parties regarding President Jokowi's visit to Ukraine and Russia.

Intensive communication had been conducted with the President of the International Red Cross, United Nations Office for the Coordination of Humanitarian Affairs (UN-OCHA), the United Nations Conference on Trade and Development (UNCTAD), the Turkish foreign minister, and secretary general of the United Nations.