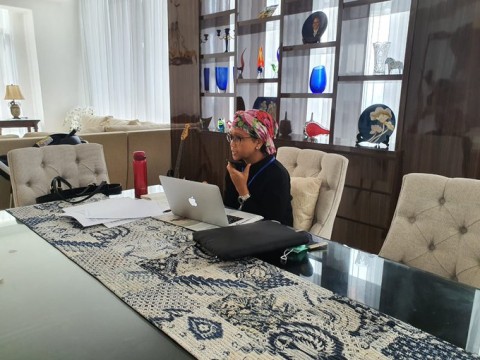 "The Indonesian crew are now all fully recovered and have been confirmed negative for covid-19," she said on her official twitter page on Monday, March 23, 2020.

According to Retno, they agreed o intensify bilateral, regional as well as cooperation through G-20 mechanism in fighting Covid-19. In addition, the ministers also agreed to reschedule Indonesia - Japan 2+2 meeting to a later date.

The governnment has decided to implement prohibtion of entry or transit to Indonesia for foreign travelers who in the last 14 days have travelled to Iran, Italy, Vatican, Spain, France, the United Kingdom, Germany and Switzerland.

Announced last week, the measures was effective from Friday, March 20, 2020. In the meantime, similar existing measures for foreign visitors from mainland China and South Korea's Daegu City and Gyeongsangbuk-do Province remain in effect.