Zelenskyy Thanks Jokowi for Coming to Ukraine 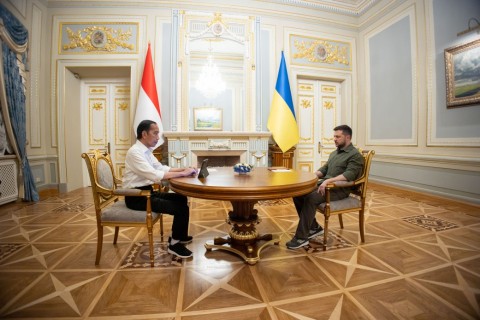 Zelenskyy noted that this was the first visit of the President of Indonesia to Ukraine in the history of diplomatic relations.
BERITA TERKAIT

"And this, by the way, is the first visit of the leader of the Asian state to Kyiv since the beginning of the full-scale Russian war," Zelenskyy said during a joint media media statement after the meeting,

"We really appreciate it and are thankful to you," he added.

As the fourth most populous country in the world, Indonesia is the largest member of the Association of South East Asian Nations (ASEAN).

Indonesia also holds the rotating chair of the Group of Twenty (G20) this year.