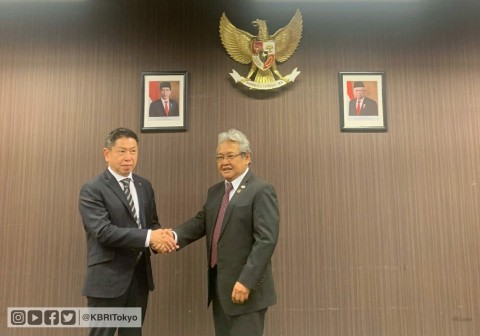 Held on January 21, the inauguration ceremony was then followed by the launching of the Aichi/Chubu–Indonesia Friendship and Goodwill Association.
BERITA TERKAIT

This event was attended by the Governor of Aichi Prefecture Hedeaki Oomura and the Mayor of Nagoya City Takashi Kawamura as well as many leaders of Japanese companies in Nagoya.

"So far there are around 250 companies from Aichi that have investment in Indonesia," Ambassador Heri stated in a press release on Monday.

"In addition, there are also more than 6,500 Indonesian citizens who live in this area," said Ambassador Heri.

Through the establishment of the Aichi/Chubu – Indonesia Friendship and Goodwill Association", Ambassador Heri hopes to encourage Japanese investment in various sectors, including manufacturing, automotive, infrastructure, agriculture, health, and education.

"I am ready to do my best as the Indonesian Honorary Consul in Nagoya and strengthen relations between Indonesia and Japan," said Sugimoto.