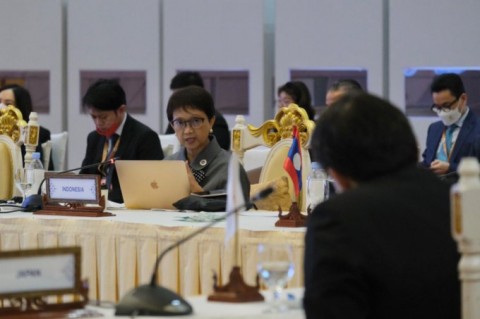 "Indonesia hopes that mutually beneficial and inclusive concrete cooperation in the Indo-Pacific can be put forward in the future ASEAN-Japan partnership," said  Foreign Minister Retno in a media release on Thursday.
BERITA TERKAIT

According to Indonesia's top diplomacy, the ASEAN Outlook on the Indo Pacific focuses on 4 areas of cooperation, namely maritime, connectivity, achievement of SDGs and investment and trade.

This concrete and inclusive cooperation is expected to contribute to peace, stability and prosperity in the Indo-Pacific region.

In addition to concrete cooperation in the Indo-Pacific region, Indonesia also emphasized the importance of ASEAN-Japan cooperation in building regional health resilience.

Japan has collaborated with ASEAN in the establishment of the ASEAN Center for Public Health Emergency and Emerging Diseases (APCHEED) with three centers in Indonesia, Thailand and Vietnam.

Foreign Minister Retno hopes that the celebration can be used as a momentum to strengthen cooperation.