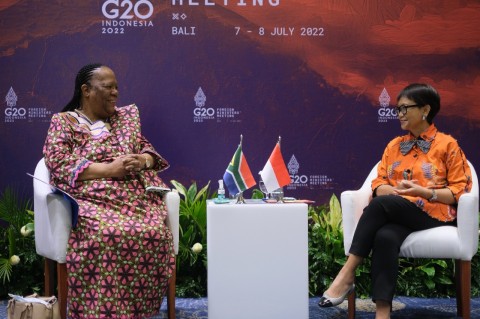 During the meeting, the two Foreign Ministers welcomed the 115% increase in bilateral trade in 2021.

The two countries agreed to further increase the volume of bilateral trade in the future.

In addition, the two Foreign Ministers also welcomed the completion of the discussion of the MoU on cooperation in the defense and fisheries sectors, which will be signed in the near future.

The two foreign ministers also agreed to further intensify cooperation between the two countries in the health sector.

"This can be achieved, among others, through the Non-Aligned Movement (NAM) forum," the Indonesian Foreign Ministry said in a press release on Thursday.