Evacuation of Indonesians in Wuhan to be Conducted within 24 Hours 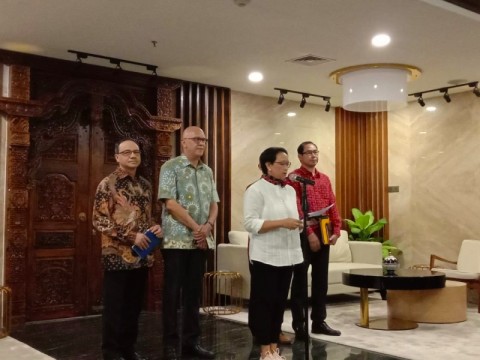 "The departure of the plane with the team will take place in less than 24 hours," Retno said in a statement at the Ministry of Foreign Affairs, Jakarta on Friday, January 31, 2020.
BERITA TERKAIT

Retno added, the aircraft that will be used is a wide body aircraft. This is intended so that all Indonesian citizens who are willing to be evacuated can be flown directly without going through transit.

However, Retno did not explain further what type of aircraft will be used.

"This afternoon, I have spoken with the advance team who have entered the Hubai province. Preparations at several points in Hubei Province, especially Wuhan are currently underway," she added.

Meanwhile, for their arrival in Indonesia, preparations have been carried out in accordance with applicable health protocols and procedures. According to Retno, all of the evacuation process are carried out by good cooperation from various ministries and institutions, including the Ministry of Health, Indonesian Armed Forces (TNI) Headquarters, Ministry of Transportation, Ministry of Law and Human Rights, Natural Disaster Mitigation Agency (BNPB) and the Police.

"All of these developments have been reported to the president," she explained.