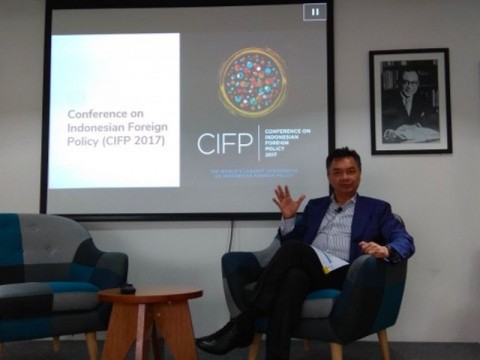 FPCI founder Dino Patti Djalal (Photo: Medcom.id)
Jakarta: The trade war between the United States and China has made the world turbulent. It does not only affect the global economy but also global politics and even relations between communities. As a developing country, Indonesia needs to survive the trade war.

This event has been held five times. The theme of this year's event is 'Hot Peace'.  Acccording to Dino Patti Djalal, the founder of FPCI, the theme is relevant to the current world situation.

"The theme is Hot Peace. Why? Because people call this the new cold war, but in our opinion, this is hot peace. It's not the cold war anymore," Dino told Medcom.id on Thursday, November 28, 2019.

Academics, experts, and think tanks will also be speakers in this event. Moreoever, than 10 thousand people have registered for this CIFP event. Held at The Hall of Kota Kasablanka, Jakarta on Saturday 30 November 2019, CIFP 2019 is free of charge and open to the public.