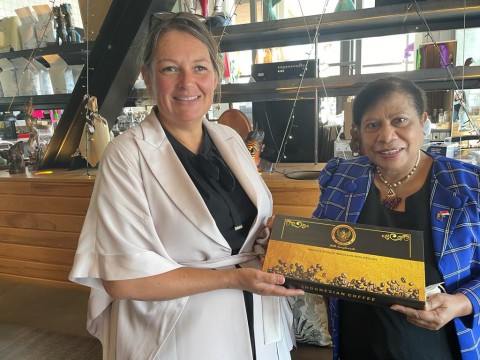 Following the diplomatic established practice, Ambassador Fientje's diplomatic tour of duty began with a meeting with the Head of Protocol of New Zealand, Rod Harris, which was then followed by the formal handover of a letter of credence from President Joko Widodo (Jokowi) to the Governor-General of New Zealand, Dame Cindy Kiro, in February 2022.
BERITA TERKAIT

"Various issues being discussed during the meetings include Indonesia's plan to host various important meetings, such as the 144th Assembly of the IPU and its Related Meetings last March, the 7th Session of the Global Platform for Disaster Risk Reduction in May and of course a series of meetings during Indonesia's chairmanship at the G20," the Indonesian Embassy in Wellington said in a media release on Monday.

In July 2021, the New Zealand Government has committed to providing support to Indonesia in the form of 100 units of Airvo 2 non-invasive (nasal high flow) ventilator made by Fisher & Paykel Healthcare with a value of NZD 800.000; Rapid test kits worth NZD 500.000 through WHO; and support to the Eijkman Institute for Molecular Biology regarding the increase in genome sequencing capacity of NZD 270.000.

Various meetings had to be postponed due to the constraints of the COVID-19 variant Omicron pandemic, which was reaching its peak in New Zealand throughout February to April 2022.

However, it did not dampen the enthusiasm of the two countries to be able to further strengthen coordination and synergy to further advance cooperation amidst various uncertainties in the international world today.