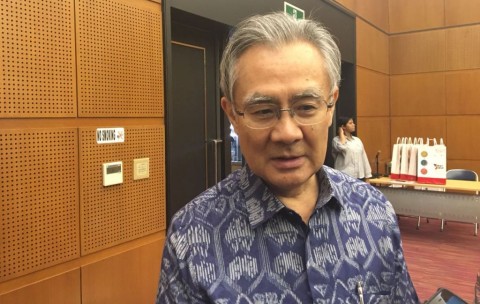 Japanese Ambassador to Indonesia Masafumi Ishii (Photo:Medcom.id/Sonya)
Jakarta: The Japanese government will continue to repatriate the remains of its soldiers who died in Papua in the fight against the United States during World War II. The Embassy of Japan signed a Memorandum of Understanding with Indonesia's Education and Culture Ministry with regard to the repatriation, here Tuesday.

The process would include the search, collection and identification of the remains, and the cremation before it is transferred to Japan to the families.
BERITA TERKAIT

The repatriation of remains was being conducted earlier but had been halted for four years, Japanese Ambassador to Indonesia Masafumi Ishii said.

Now the process can be restarted and the remains can be transferred to Japan, he said.

The excavation of remains would be important for research on his country's culture, according to Ishii.

Despite the difficulties in identifying them, if possible, the soldiers' remains would be handed over to their families, he said.

The cooperation to repatriate the Japanese soldiers' remains is a continuation of the previous cooperation that has been revised, the Director General of Culture of the Education and Culture Ministry, Hilmar Farid said.

"This is the signing of cooperation between the Indonesian government, in this case, the Education and Culture Ministry, and the Embassy of Japan, on the excavation of the remains of Japanese soldiers who died in the World War II, especially in Papua," Farid said.

Other agreements related to the repatriation was one on the establishment of a World War II monument, and another on the access to collect and repatriate remains of Japanese soldiers who died in World War II in Papua. (Antara)