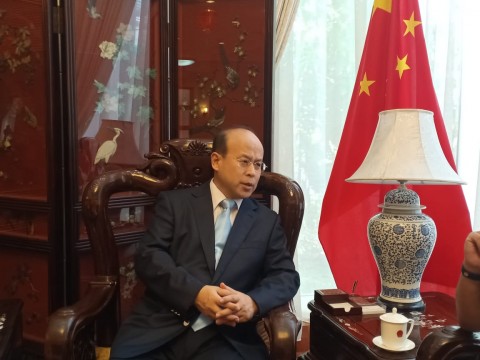 Starting from June this year, a series of protests against the amendments of the Fugitive Offenders Ordinance and the Mutual Legal Assistance in Criminal Matters Ordinance have taken place in Hong Kong.
BERITA TERKAIT

In order to solicit broader public opinions and to restore calm as early as possible, the Hong Kong Special Administrative Region (SAR) government completely halted the amendments of two ordinances concerning the transfer of fugitive offenders.

"These above-mentioned activities are not peaceful assembly, demonstrations or protests, and constitute serious violence crimes, which trample the rule of law, sabotage social order, seriously affect the safety of Hong Kong citizens, seriously undermine Hong Kong’s prosperity and stability as well as the One Country, Two Systems principle.

In February 2018, Chen Tongjia, a Hong Kong resident, was suspected of murdering his pregnant girlfriend in Taiwan before he fled back to Hong Kong. Hong Kong had no jurisdiction over this case. In order to transfer Chen Tongjia to Taiwan for trial, the Hong Kong SAR government proposed the amendments to the above-mentioned ordinances.

"In the current chaos, some of the violent radicals stood in the foreground. Entrapped in the middle are some of the well-informed citizens who have been partially misled. And behind the scenes are anti-China forces in the West and local anti-China forces who intend to mess up Hong Kong," the Ambassador remarked.

"The evil manipulators behind this political storm are the hostile forces against China's development. Their fundamental purpose is to turn Hong Kong into a battleground for global rivalry, a forefront for acting against the central government, and a pawn to contain the development of China. Democracy is only the guise for the anti-China forces who intend to mess up Hong Kong," the Ambassador noted.