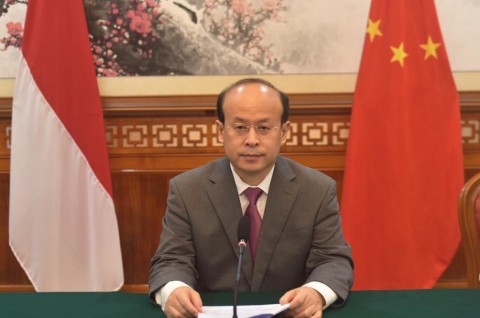 According to the Chinese Ambassador, during his visit to Indonesia, the US Secretary of State Mike Pompeo deliberately smeared China and tried to pit China against Indonesia, which undermines regional peace and stability.
BERITA TERKAIT

"The US “Indo-Pacific strategy” is to hype up military undertones and confrontation, trumpet old-fashioned Cold War mentality and build a so-called new NATO in “Indo-Pacific” dominated by itself," said the Chinese Ambassador in a written statement issued on Thursday evening.

The Chinese Ambassador argued that the US is a trouble-maker in the Islamic world and is becoming the most dangerous factor jeopardizing peace in the South China Sea(SCS).

"As a true friend to the Islamic world, China has rendered its firm support to the just cause of the Palestinian people. By contrast, the US administration has issued the “Muslim ban”, overlooked legitimate interests of Palestine, instigated color revolutions in the Islamic world, waged proxy warfare and invaded other nations with trumped-up charges. It has brought instability, turmoil, division, poverty and prolonged sufferings to the Islamic world," he stated.

"The South China Sea is the shared home for countries in the region. China and other regional countries are committed to safeguarding peace and stability and promoting cooperation and development in the SCS and to properly handling relevant issues through friendly consultation and dialogue. By contrast, the US has not ratified the UNCLOS but always posed as a defender of it," he added.