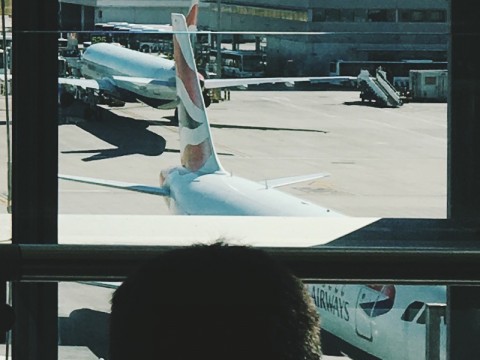 Reconnecting the region is a priority. (Photo: medcom.id)
Bangkok: APEC economies are committed to the safe resumption of travel in the region by considering harmonization and interoperability mechanisms in a bid to facilitate the movement of people and reconnect business mobility in the Asia-Pacific.

"Reconnecting the region is a priority, an urgent task for us all. Restarting cross-border travel will no doubt support economic recovery, and at the same, time reemphasize APEC’s relevancy and efficiency in the midst of the ever-changing global landscape," said Cherdchai Chaivaivid, the Chair of APEC Safe Passage Taskforce who is also Thailand’s APEC Senior Official, in a press release on Wednesday.
BERITA TERKAIT

"It is crucial that we coordinate our policies and move towards harmonization. We need to make certain that we deliver something meaningful and practical by at least this May, otherwise, it will be too late," he added.

In their first meeting on Monday evening, the Safe Passage Taskforce assessed several proposals and policy actions that complement global travel initiatives, while addressing gaps and concerns such as how to ensure that the resumption of travel will be inclusive and non-discriminatory.

Member economies presented their proposals for contributing to the safe resumption of cross-border travel, including non-binding principles for the interoperability of vaccination certificates in the region, which will support the smooth operation of international travel.

"These proposals will lay a solid foundation in safe passage for APEC for long-term resilience. Having a set of principles will guide APEC to work towards interoperability and safe and sustainable travel as well as enhance connectivity," Cherdchai stated.

"Leaders and ministers have been extremely clear in their directives for APEC to facilitate safe and seamless resumption of cross-border travel, especially through promoting information exchange and coordinating measures related to cross-border movement of people, including in relation to air and maritime crew, and COVID-19 testing and vaccination certificates," Cherdchai explained.

According to Cherdchai, APEC ministers are also committed to explore specific initiatives, solutions, and best practices to facilitate safe travel in the region, paving the way for a return to people moving across borders for business, tourism as well as for educational purposes.

Policy and technical recommendations for international travel were also provided by guest speakers from the World Health Organization and International Civil Aviation Organization. Members also heard how other regional groupings are operationalizing their own travel passages, including the ASEAN Travel Corridor Arrangement Framework.

"We also recognize that there is still a gap in our work in regards to facilitating essential travelers, including aircrew and seafarers," Cherdchai said.

"We have to step up our efforts in these areas and move ahead in getting proposed actions and initiatives going," Cherdchai concluded.

The outcomes and progress of the policy discussions during the Safe Passage Taskforce meeting will be reported to APEC Senior Officials during their two-day meeting this week.