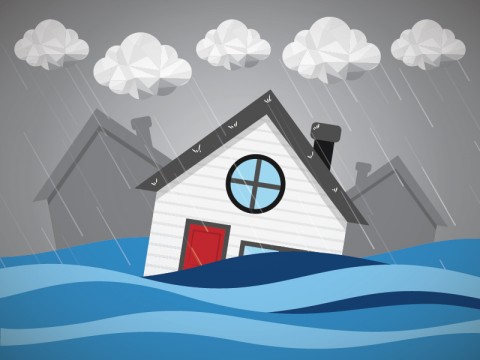 Manila: The Asian Development Bank (ADB) will increase its focus on adaptation and resilience to climate change in response to the growing threat facing the Asia-Pacific region.


"The Asia and the Pacific region is experiencing a sharp increase in climate shocks and stresses. Floods, droughts, cyclones, and heat stresses are already impacting livelihoods, food and water security, and the health of millions of people, especially vulnerable populations including women and children and the poorest of the poor," Asakawa said in a press release on Tuesday.

"More than 60% of the people in the region work in sectors highly susceptible to changing weather patterns. We must invest more in climate adaptation. We are now dangerously close to the point where action could come too little, too late," he stated.

The panel discussed ways a green, resilient, and inclusive recovery can drive economic growth while shifting toward net-zero emission societies, insights from countries that have embraced long-term national climate plans, and the critical role of finance in the global climate agenda. The discussion built on the outcomes of the United States-led Leaders Summit on Climate last month—in which world leaders committed to stronger action on greenhouse gas emissions—and was part of ADB’s ongoing preparations for COP 26, which will take place this November to support the development of concrete plans for countries to reach their Paris Agreement targets.

ADB will take a holistic approach to enhancing adaptation and resilience.

In addition to making physical infrastructure climate-proof, ADB will invest in more projects with climate adaptation as their primary purpose, while promoting strong integration of the ecological, social, institutional, and financial aspects of resilience across its operations.

ADB’s move to increase adaptation and resilience investments will include nature-based solutions such as mangroves for coastal resilience, flood risk management-related infrastructure, and climate-smart livelihood practices such as agroforestry.

ADB is working with partners such as the United Kingdom (UK), the Nordic Development Fund, and other financial institutions and global climate funds to roll out an ambitious community resilience partnership program that will support both governments and communities in Asia and the Pacific in their efforts to scale up pro-poor resilience investments at the local level.

These actions will complement ADB’s ambitious climate finance target of ensuring 75% of the total number of ADB’s operations support climate action and ADB’s own climate finance resources reach $80 billion by 2030, to help developing member countries achieve, and even increase, their Paris Agreement commitments while charting a fair and equitable path to net-zero and climate-resilient development.