COVID-19 Cases Rising in the Americas 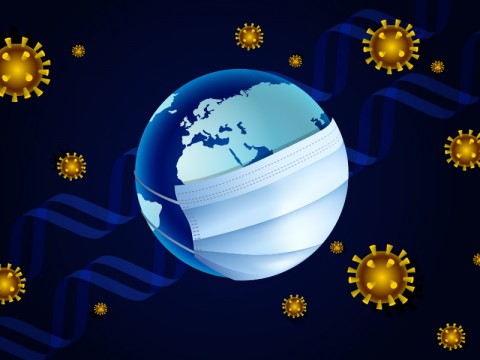 After a period of lower transmission, many countries and local governments are abandoning health protocols. (Photo: medcom.id)
Washington: New infections and fatalities of COVID-19 have been rising steadily in the Americas over the past four weeks, Pan-American Health Organization (PAHO) has said.

Last week, the Region reported more than 918,000 cases, a 27.2% increase compared with the previous week. Over 3,500 deaths were reported. COVID-19 hospitalizations increased in 18 countries, and admissions to Intensive Care Units rose in 13 countries and territories.
BERITA TERKAIT

More than half of the infections were reported in North America, where cases have been climbing for the past 7 weeks. This surge is driven by new infections in the United States, which recorded more than 605,000 new cases, which is a 33% increase.

Central America saw the largest rise in cases, with infections soaring by 80%.

In South America, Brazil recorded more than 120,000 new cases, a 9% increase. Argentina had almost 34,000 cases, a 92% increase over the previous week. Infections also surged in other countries of the subregion, while Venezuela, Paraguay and Brazil recorded an increase in deaths.

Across the Caribbean, COVID-19 cases have been increasing for five consecutive weeks, with a rise of 9.3 percent in cases and a jump in deaths of 49% as compared with the previous week. Fourteen countries and territories in the Caribbean reported increases in hospitalizations.

"It is time to take stock of these numbers and to act. COVID is again on the rise in the Americas. The truth is that this virus is not going away anytime soon," PAHO Director Dr Carissa Etienne said in a weekly media briefing on Monday.

After a period of lower transmission, many countries and local governments are abandoning masking and social distancing requirements and have reopened borders.

But at the same time, too many people remain at risk, unprotected by vaccines. Only 14 of the 51 countries and territories in our Region have reached the WHO target to vaccinate 70% of their population.

"We know that the elderly, pregnant women, and people with preexisting conditions are at higher risk of severe disease or dying if they catch COVID. But in some countries, vaccination coverage in these groups is lower than in the general population," Dr Etienne said.

And in other places, vaccination coverage is lower in socially vulnerable groups, such as Indigenous and afro-descendent communities, putting them at even greater risk.

Ultimately, each country is only as protected as the most vulnerable in their population.

"The rise in cases should serve as a wake-up call. When people get sick, hospitals get overwhelmed, health systems are challenged, and the number of deaths rise," Dr Etienne said.