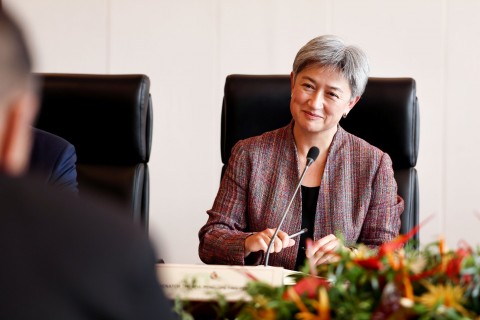 "I am delighted to be able to welcome Senator Wong to Wellington for our first in-person bilateral foreign policy consultations, scheduled for Thursday 16 June," said Mahuta in a press release on Tuesday.

"The relationship between Aotearoa New Zealand and Australia is unlike any other. Our economies, societies and cultures are highly integrated. Our shared objectives also mean that on global issues, our deep cooperation and partnerships stand us both in good stead," she said.

According to Mahuta, the formal bilateral talks will be an opportunity for new conversations on ways to advance relations between the two countries.

"At a regional level, the number one security issue for the Pacific is the impact of climate change. I look forward to talking to the new Foreign Minister in more detail on Australia’s climate change agenda, and further ways we can assist Pacific Island nations on mitigation and adaptation measures," Mahuta said.

Furthermore, there will be a range of other foreign policy matters discussed the two foreign ministers including the importance of indigenous perspectives in foreign policy, the Indo-Pacific Economic Framework, and global issues such as Russia’s aggression in Ukraine.