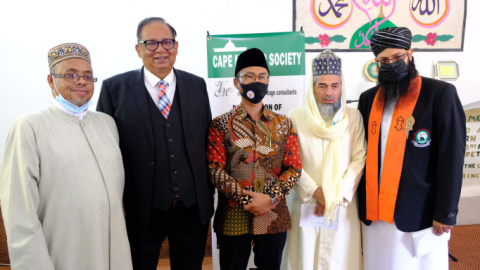 Sayed Abdul Malik came from Indonesia who arrived in Cape Town towards the end of the 18th century.
Jakarta: The Indonesian Consulate General in Cape Town on Friday attended the Declaration of Karamats within the Circle of Tombs as National Heritage Sites.

According to a press release issued on Monday, this activity is the determination of the grave of Sayed Abdul Malik, an Indonesian Islamic cleric which has been designated as a national cultural heritage by the South African Heritage Resources Agency.
BERITA TERKAIT

With the establishment of Sayed Abdul Malik's tomb as a national heritage site , the building will be protected and maintained by the state, namely by the South African Heritage Resources Agency.

Sayed Abdul Malik came from Indonesia who arrived in Cape Town towards the end of the 18th century.

Sayed Abdull Malik became a confidant of Tuan Guru who was also an archipelago cleric from Tidore who was the first to build a mosque in South Africa.

The Cape Mazaars Society as the initiator of the designation of Sayed Abdul Malik's grave as part of South Africa's national cultural heritage revealed that this was a long process that began in the 1980s.

Currently, there are 10 graves of ulama that have been designated as national heritage sites out of all 31 graves of scholars targeted.