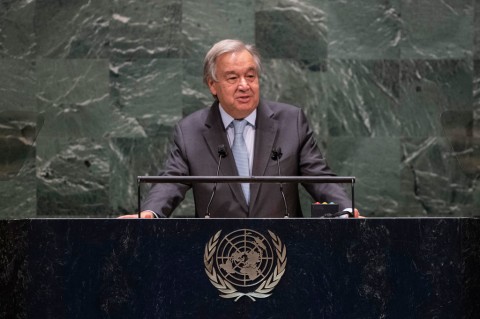 "The partnership between the United States and the United Nations is an essential pillar of the international cooperation needed to address the dramatic challenges facing the world today," the spokesperson stated.

Earlier on Monday, the World Health Organization (WHO) Director-General Tedros Adhanom Ghebreyesus congratulated the declared winners of the US election, noting that the UN health agency was looking forward to working with them

After US President Donald Trump made the decision to withdraw the US from WHO earlier this year in response to alleged missteps over the early course of the coronavirus pandemic, the president-elect has repeatedly vowed to rejoin the organization.

Biden over the weekend also tweeted out that his administration would be recommitting to the Paris Agreement on climate change.