Asia is Important Region for Belt and Road Initiative: Observer 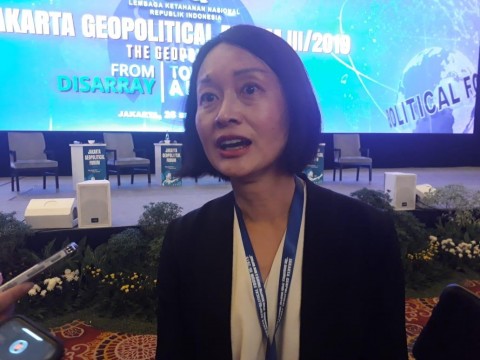 "Many of these Belt and Road all goes through Central Asia, West Asia, South East Asia. So Asia is definitely a very important region and could benefit the most if BRI is successful," Said Bouey at the Ritz Carlton Hotel, Jakarta on Thursday, September 26 2019.
BERITA TERKAIT

According to Bouey, one of the main concerns regarding the BRI project is that it is grand and ambitious and whether or not it could really provide stimulants for local economic growth as it promises.

"I think overall infrastructure construction is always helpful the way we can connect the dots together, increase connectivity. Theoretically it can boost the trade and econ development," Bouey continued.

She admitted that any infrastructure and construction projects always comes with risks. Nevertheless, she believes these project could provide benefits to local workers and enterpises.

"I think that the BRI concept was made by China but I think it should belong to the world, and china itself wants to engage more countries," said Bouey.

The BRI is the largest infrastructure project in the world. This concept is widely supported by other countries as well as funding and political commitment from Beijing. Chinese President, Xi Jinping, originally announced the strategy during official visits to Indonesia and Kazakhstan in 2013.