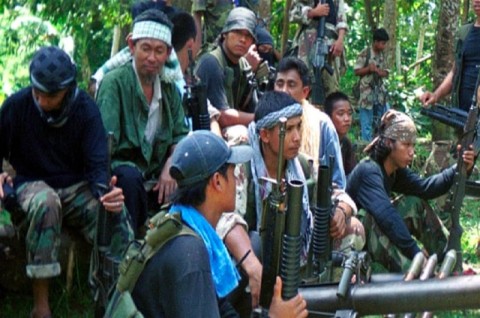 Abu Sayyaf group (ASG) had held hostage a lot of Indonesia citizens. Photo: AFP
Jakarta: An Indonesian citizen (WNI) who was the last hostage of the Abu Sayyaf group (ASG), was released on January 15, 2020. Muhammad Farhan, rescued by the Philippine military at Baranggay Bato Bato, Indanan Sulu, at 18.45 local time.

"Farhan has undergone a medical examination at Westmincom Hospital, Zamboanga and has been declared healthy," the Foreign Ministry said in a statement received by Medcom.id on Thursday, January 16, 2020.

After passing the medical examination, Farhan will be handed over from the Philippine authorities to the Indonesian Embassy in Manila. He will soon be returned to Indonesia.

Farhan was one of three Indonesians who were abducted in Tambisan waters, Lahad Datu, Malaysia on September 23, 2019. Two other hostages, Maharudin and Samiun, were released on December 22, 2019.

Both have returned to Indonesia. Foreign Minister Retno Marsudi handed the two directly to the family on December 26.

"With the release of Farhan, all Indonesian citizens held by ASG have been released," said the Foreign Ministry.

Since before the release of three Indonesian citizens from being held hostage, various diplomatic steps have been carried out from the beginning, both through direct talks between President Joko “Jokowi” Widodo and President Duterte as well as Indonesian Foreign Minister Retno Marsudi with the Philippine Defense Minister.

The discussion was followed up with internal coordination by the Government of the Republic of Indonesia conducted by the Coordinating Ministry for Political, Legal, and Security Affairs.