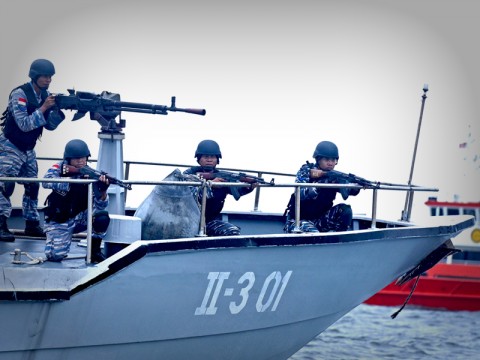 First Admiral IG Kompiang Aribawa, commander of the Lantamal VII in Kupang, remarked on Thursday that 30 officers of the Royal Australian Navy and 90 officers from the Indonesian Navy participated in the exercise.
BERITA TERKAIT

"The joint exercise is being held for six days, starting from Tuesday (Sep 10), and it will end on September 16, next week," he remarked.

The drill also involves the three warships of HMAS Maryborough-95 from Australia and KRI Tongkol-813 and KRI-635 from the Indonesian Naval Fleet II based in Surabaya, East Java Province.

The joint patrol exercise is aimed at establishing sound communication while patrolling and prosecuting in the waters bordering both nations.

Naval Attaché of the Australian Embassy in Indonesia Captain Mathew Brown stated that the exercise was expected to bolster military cooperation, especially between the navies of both countries. (Antara)