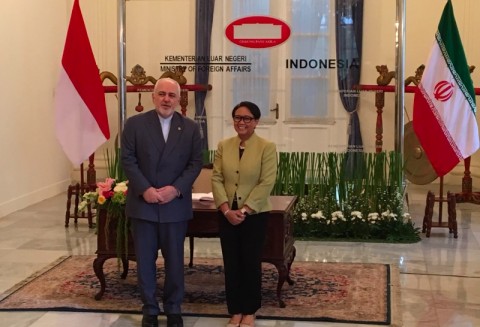 The Indonesian minister said that the Joint Comprehensive Plan of Action (JCPOA) is an important agreement. The country's top diplomat urged parties to the nuclear deal to save the agreement.
BERITA TERKAIT

"Indonesia believes that the JCPOA can still be implemented effectively," she told reporters after the bilateral meeting.

"Of course parties to the JCPOA should play an important role in facilitating the implementation process," she said.

Also known as the Iran nuclear deal, the agreement was reached in Vienna in July 2015. Culmination of 20 months of negotiations, it was signed by Iran, the P5+1 and the European Union (EU).

In October 2017, United States (US) President Donald Trump accused Iran of violating the nuclear deal. Few months later, the US government officially withdrew from the agreement.