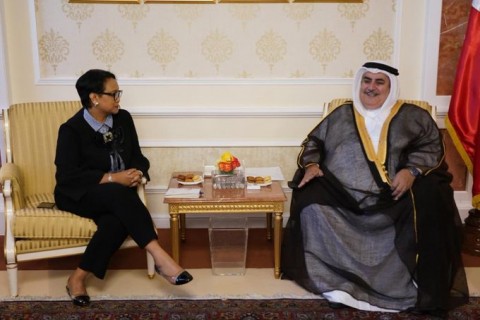 "The good cooperation that Indonesia and Bahrain has established must also be reflected in concrete economic cooperation," said the Indonesian top diplomat on her official twitter account on Tuesday evening.
BERITA TERKAIT

The two ministers agreed to strengthen bilateral economic cooperation between the two countries. The two governments are also ready to start negotiations on a prooposed investment treaty.

"Bahrain recently opened its Embassy in Indonesia, a reflection of its commitment to forge stronger bilateral relations," Minister Retno said.

The Indonesian government and the regional organization signed Memorandum of Understanding (MoU) on the Mechanism of Consultation between the Government of Indonesia and the Secretariat General of the Corporation Council for the Arab States of the Gulf.