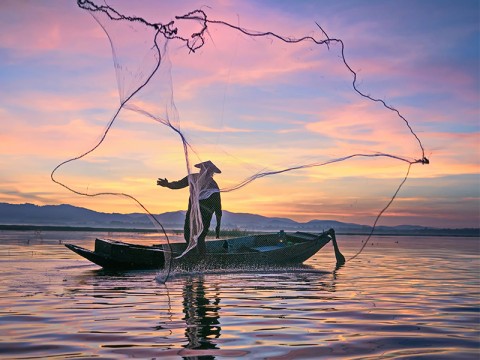 Rome: The Director-General of the Food and Agriculture Organization (FAO), Qu Dongyu, reiterated Tuesday his call for more investment in rural areas and actions to end hunger and poverty at the Pre-Summit of the UN Food Systems Summit.

He made the appeal at one the Pre-Summit's special events organised by FAO and Italy "From the G20 Matera Declaration to the Food Systems Summit: A Framework for Emerging Coalitions of Action", following the same call at the Italy-presided G20 Foreign Affairs and Development Ministers' meeting last month where - for the first time - food security and nutrition were at the centre of the agenda, culminating in the Matera Declaration - a declaration by the G20 Ministers, FAO and other UN agencies and partners to support agri-food systems' transformation and overcome challenges to end hunger.
BERITA TERKAIT


"Let me repeat my main message again: We must refocus our energies and investment on rural areas. Investing in the agriculture sector is the solution to eradicate hunger," said Qu in a press release on Thursday.

Qu's message comes amidst a dramatic worsening of world hunger in 2020, much of it likely related to the fallout of COVID-19. According to a report issued this month by FAO and its partners, around a tenth of the global population - up to 811 million people - faced hunger last year - up to 161 million people more than in 2019.

The pandemic has also caused a decline in farm and off-farm-related income, and affected the rural households' incomes negatively across all developing regions. Eighty percent of the world's poorest, or 600 million people - more than Europe's entire population - live in rural areas, working in the agricultural sector, and yet go to bed hungry.

In response, the G20 Matera Declaration provides a path to ending hunger, outlining priorities for the food security and nutrition sectors - from underscoring the relevance of the One Health approach, empowering women and the youth to adapting agri-food systems to climate change.

The Declaration also emphasized the importance of partnerships, and encouraged countries to join the Food Coalition - an Italy-proposed and FAO-led initiative that aims to mobilize political, financial and technical support for countries affected by COVID-19.