US Ambassador Bids Farewell to Indonesia 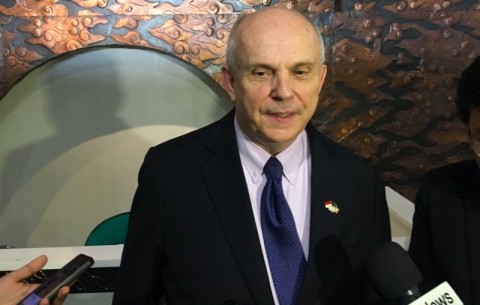 "Serving as the US Ambassador to Indonesia has been a true privilege," the US diplomat said in a press release issued on Friday, February 14, 2020.
BERITA TERKAIT

"After three years in this incredible country, it is my conviction that the US. – Indonesia partnership offers tremendous promise to both our peoples,” he stated.

With the departure of Ambassador Donovan on Friday, February 14, 2020, the Deputy Chief of Mission at the U.S. Embassy in Jakarta, Heather Variava, assumed her duty as Chargé d’Affaires ad interim.  She was previously the US Consul General in Surabaya.