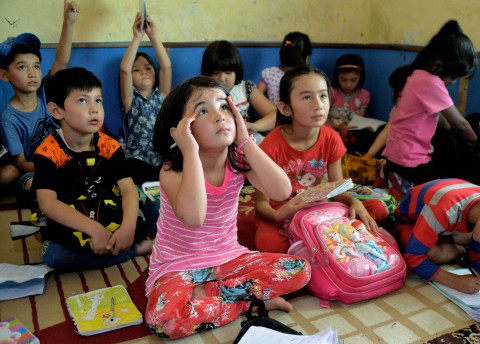 There are around 14,000 refugees from all around the world in Indonesia (Photo:AFP/Bay Ismoyo)

Kalla delivered a speech at the High-Level Meeting of The General Assembly on Addresing Large Movement of Refugees And Migrants in New York on Monday (9/19).
BERITA TERKAIT


"The international community should cooperate to resolve humanitarian tragedies faced by refugees," he said according to a press statement from the Foreign Ministry received on Tuesday (9/20).

"Everyone should make contributions," he continued.

Kalla mentioned Indonesia is committed to help refugees although the country is not a signatory to the Refugee Convention.

"There are around 14,000 refugees in Indonesia right now. We give them temporary shelters and other aids," he stated.