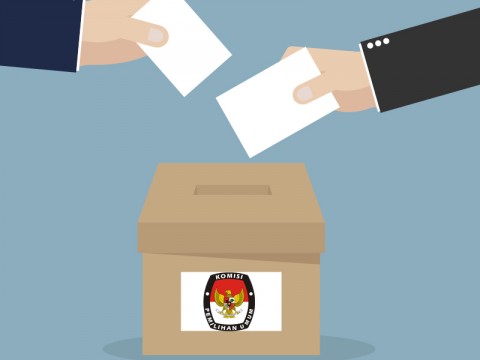 Illustration (Photo:Medcom.id/M Rizal)
Jakarta: The General Election Commission (KPU) is currently engaged in checking the security of its data server following a claim by a hacker of a breach of personal data of millions of Indonesian citizens.

The KPU had checked its internal data following the data breach claim, Vryan Azis, a member of the commission, stated here on Friday, May 22, 2020.
BERITA TERKAIT

"The Indonesian KPU has been working since last night to trace the news, checking the internal condition (of the data server), and coordinating with relevant parties. Further information will be provided later," Azis remarked.

Speaking in connection with an upload on a social media account revealing the leak of Indonesian voters' data, he pointed out that the data is a soft file from the 2014 electoral permanent voter list.

"The KPU data file (pdf format) is released in accordance with regulations and to meet the public’s needs for transparency. This picture, based on its metadata, was dated November 15, 2013," he remarked.

Azis clarified that the number of eligible voters in the 2014 presidential election reached some 190 million and not 200 million.

Earlier, on Thursday, May 21, 2020, a hacker claimed to have hacked data of 2.3 million Indonesian citizens from the KPU.

The information was later uploaded by @underthebreach account that had earlier also highlighted a breach of personal data of millions of users of the e-commerce platform Tokopedia in early May.

"An actor (hacker) has leaked information on 2,300,000 Indonesian citizens. The data included names, addresses, ID numbers, date of birth, and others," according to @underthebreach.

The account also pointed out that the data appeared to be the 2013 electoral data. Furthermore, the hacker claimed to have leaked the data of 200 million others. (antara)