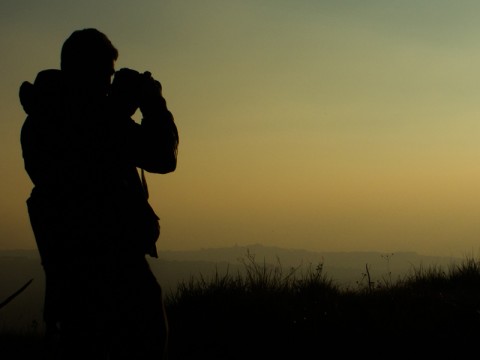 Illustration (Photo:Medcom.id/M Rizal)
Medan: The Islamic Astronomy Observatory (Observatorium Ilmu Falak/OIF) of North Sumatra Muhammadiyah University will provide some three thousand special eyeglasses to observe the annular solar eclipse on Thursday, December 26, 2019. It is also planned to break a national record of the largest observer of such a phenomenon.

"The glasses were made specially using filter imported from the United States. Later, we will give them away to visitors keen on witnessing the eclipse," OIF Head Arwin Juli Rakhmadi Butarbutar remarked in Medan, North Sumatra on Tuesday, December 24, 2019.
BERITA TERKAIT

Apart from the eyeglasses, OIF has also provided five telescopes and a binocular for students as well as for the public to support the observation process. In addition, OIF teams are prepared to offer guidance during the observation to educate people on the astronomical phenomenon.

Earlier on Monday, December 23, 2019, a researcher of the National Institute of Aeronautics and Space (LAPAN) Rhorom Priyatikanto confirmed that it is not recommended to view the eclipse with naked eyes.

"Although the sun is covered by the moon, its light nonetheless will be dazzling," the LAPAN official cautioned.