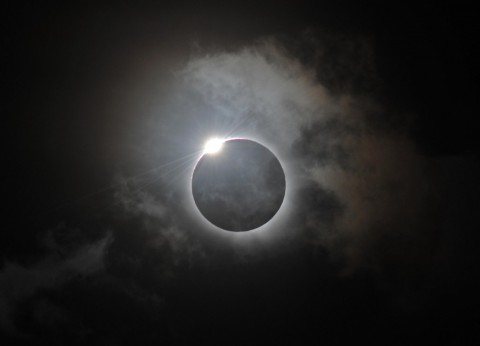 Illustration
Jakarta: Towards the end of this year, Indonesia can witness of natural phenomenon that should not be missed. On December 26, 2019, Indonesia's geographical position will be one of the locations that can witness an annular solar eclipse.

Quoted from various sources, the National Aeronautics and Space Agency (LAPAN) explained that there were several locations that were judged to be able to witness the Annular Solar Eclipse perfectly. The latest Annular Solar Eclipse that was witnessed from Indonesia was in 2009.
BERITA TERKAIT

"Siak and Singkawang are the best locations to witness this Annular Solar Eclipse," said LAPAN's Head of Public Relations, Jasyanto.

He mentioned that other locations in Indonesia could also see it but with conditions that were considered less than perfect, provided there will be no rain.

Spokesperson of the Bosscha Observatory team stated that the public could take part in joint observation activities at 10.00-15.00 Western Indonesia Time (WIB). He also advised people not to look directly.

The reason is the high intensity of sunlight can harm the eyes resulting in damage to the retina area and can cause blindness.