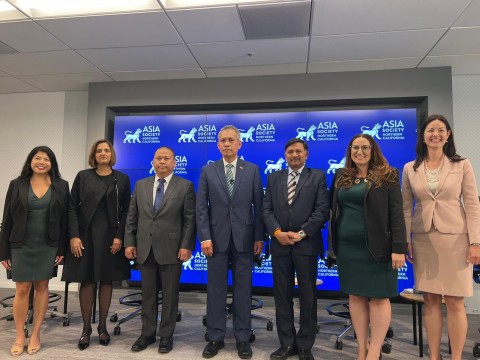 The activity was held to celebrate the annual celebration of Asian American and Pacific Islander (AAPI) Heritage Month 2022.
BERITA TERKAIT

The discussion was attended by 200 people and was led by the moderator Priya Rajan, Market Lead for India, and MENA in Silicon Valley Bay's international market development team, Silicon Valley Bank.

"CG Prasetyo conveyed that as Indonesia’s digital economy is named the largest in Southeast Asia with more than 2000 startups, 3 decacorns, and more than 7 unicorns, currently the government of Indonesia is striving to provide inclusive digital access to all, increased digitalization in all sectors, including supporting MSME businesses," the Indonesian Consulate General in San Francisco said in a press release on Wednewsday.

"CG Prasetyo further said that in the next 15 years, Indonesia needs around 9 million digital talents in the IT sector. Therefore, Indonesia has been working with a number of parties such as Apple, Microsoft, Google, and Amazon," it added.