The Potential of VR Technology in Indonesia 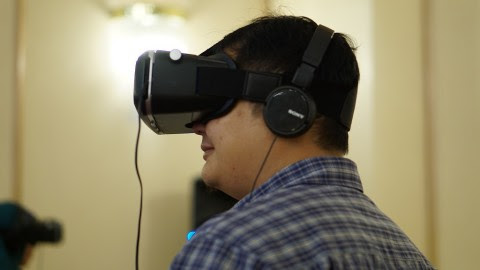 Illustration (Photo: MTVN/Danu)
medcom.id, Jakarta: The rise of virtual reality (VR) technology is marked by the emergence of VR headsets such as Oculus Rift and HTC Vive in the market.
How is the potential of the technology in Indonesia? President of Anantarupa Studios, Ivan Chen, mentioned that VR technology has great potential in the country.
"The technology (VR) is still in its early stage, so the potential is huge. Moreover, this technology is not only for games, but also for other functions," explained Ivan to Metrotvnews.com in Jakarta, Tuesday (5/10/2015).
However, Ivan admitted it is still difficult to purchase the technology in Indonesia. "We are trailed behind the others," he continued.
Ivan urged Indonesian developers to create products and contents for international market. Therefore, the country will be acknowledged by big technology companies.
According to Ivan, it is the right time for Indonesian developers to study the VR technology, as it is still in its development stage.