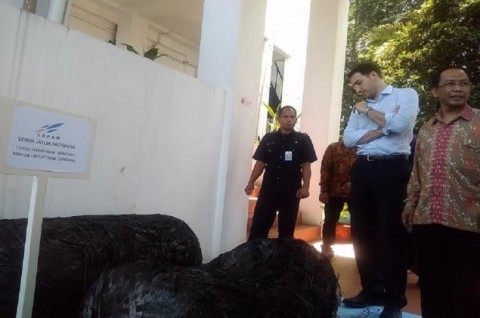 The National Institute of Aeronautics and Space (Lapan) handed over the rocket debris at its headquarters in Bandung, West Java on Friday (10/7).
BERITA TERKAIT

"It will be conducted according to international procedure," Lapan chief Thomas Djalaludin before the handover ceremony.

A SpaceX representative attended the ceremony. However, he refused to give statement to local media.

Th rocket debris fell in Sumenep on September 26, 2016. It damaged a barn in the area.

"The owner can ask for compensation, but it will be complicated," Thomas stated.