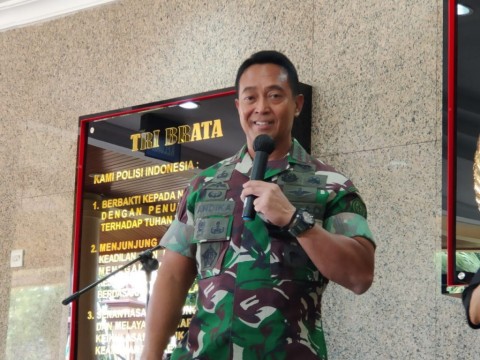 The TNI commander arrived at the PBNU Office at 9 a.m. local time (UTC +7), and during the hour-long visit, both leaders discussed the Defense Ministry's national defense training programme.

"What can we do together to make our country stronger. There will be follow-up action and cooperation (from this meeting) after I deliberate the matter with the military top brass while considering this year's programme and budget," the general noted.

Meanwhile, Staquf said that during the discussion, he and Perkasa reaffirmed their commitment to advancing the national defense training programme.

"We held an intense discussion on the development of the national defense programme. We will develop (the programme) together between the NU and the military. I feel that we have engaged in a heart-to-heart discussion," the PBNU chairperson stated.

He admitted that during the discussion, a positive impression of Perkasa made him assume that the general belonged to the NU community.

"(During the discussion), I even assume that Perkasa belongs to the NU, just like someone who met their pair. I am thankful (for the meeting), and we hope we could produce something that will benefit the nation and the country," he remarked.

Staquf then expressed optimism that NU and the military will have greater synergy to maintain the unity of the Indonesian nation and the social conduciveness.

"(Our synergy) will also bolster our harmony for the diversity of our nation," he remarked.