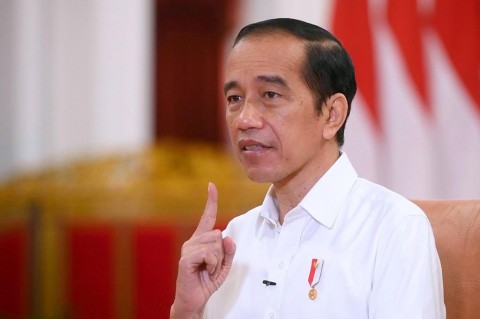 President Joko Widodo (Photo:Presidential Secretariat's Press Bureau)
Jakarta: The Indonesian government has extended its temporary ban on foreign arrivals for another 14 days in a bid to ward off new coronavirus strains.

According to Coordinating Minister for Economic Affairs Airlangga Hartarto, the decision was taken by President Joko Widodo (Jokowi) at a Limited Cabinet Meeting in Jakarta on Monday.
BERITA TERKAIT

"The President agreed to extend the prohibition of foreigners from entering Indonesia, "said the Coordinating Minister who is also Chairman of the Committee for Handling covid-19 and National Economic Recovery Airlangga Hartarto.

With this extension, the travel ban will be enforced until January 28.

"It will be extended for another two weeks or 14 days," Airlangga stated.

On December 28, the central government overnment decided to temporarily ban foreign arrivals from January 1 to 14.