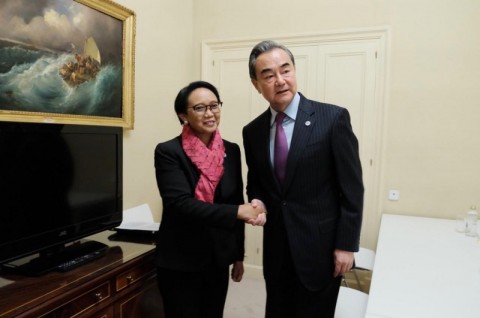 Madrid: 2020 is the 70th anniversary of relations between Indonesia and the People's Republic of China (PRC).

"This celebration can be an important momentum in strengthening the RI-PRC Comprehensive Strategic Partnership," said Foreign Minister Retno L.P. Marsudi.

Based on the written statement received by Medcom.id on Tuesday 17 December 2019, this meeting was the third time between the Indonesian Foreign Minister and the PRC this year. This indicates the high intensity of cooperation between the two countries.

Foreign Minister Retno also appreciated the Government of the PRC for the repatriation process of 20 Indonesian citizens who were victims of the bride order scheme since September 2019. Looking ahead, cooperation in handling human trafficking needs to be improved by the two countries.