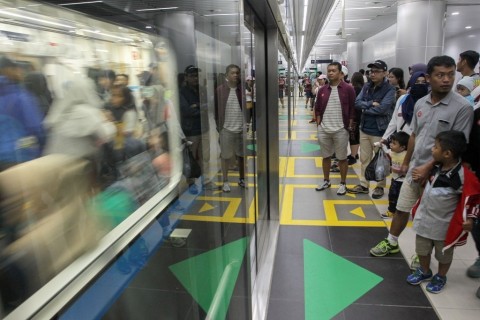 The Phase 2A project of the Bundaran HI to Harmoni with a length of 2,677 meters is called the CP201 ??contract package. There are two stations built, namely Thamrin Station and Monas Station.

The current project work is related to the construction of the two stations. Work on the underground project is forming the lay out of the station.

"We are also starting excavation preparations at the launching point for our project," said Silvia.

Silvia said drilling using tunnel boring machines (TBM) around the two stations will be carried out in October 2021. The TBM is made in China, which is supervised by a Japanese company.

"Manufacturing is supervised by engineers and projects manager from Japan," said Silvia.

Silvia admits that the project is not easy. Traffic engineering has to be implemented and some buildings have to be moved because they are in the project area.