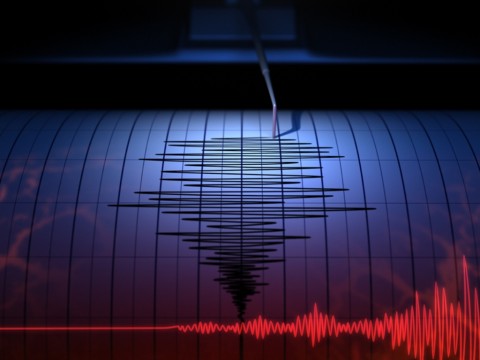 BNPB has called on the public to be vigilant and remain on standby. (Photo: medcom.id)
Jakarta: The National Disaster Mitigation Agency (BNPB) has reported that 101 homes were damaged in a 5.0-magnitude earthquake that struck North Halmahera district, North Maluku province, on Monday morning.

Acting chief of the BNPB’s Center for Disaster Data, Information, and Communication, Abdul Muhari, said that 69 out of the 101 houses were seriously damaged and the remaining 32 houses suffered light damage.
BERITA TERKAIT

"The earthquake, which was centered at 1.90 degrees northern latitude and 127.82 degrees eastern longitude, at a depth of 10 kilometers, has affected 156 people from 34 families. The quake, which lasted for 1–2 seconds, also caused panic among residents so they rushed outdoors,” he informed.

The quake also caused serious damage to a place of worship.

According to a visual report from the BNPB Office, North Halmahera, the walls of several houses cracked and collapsed and the roofs of several homes fell due to the quake.

No fatalities and injuries were reported in the quake.

As part of efforts to handle the impact of the quake quickly, the BNPB Office, North Halmahera, along with the relevant agencies conducted a quick assessment in the affected area, he said.

Based on the disaster risk assessment index, or InaRisk BNPB, Halmahera Utara district has moderate to high potential for quake impact. An estimated 198,400 people live in 17 sub-districts who are vulnerable to the risk of quakes.

In view of the potential quake risk, BNPB has called on the public to be vigilant and remain on standby. It is worth knowing that no technology is capable of predicting the time, location, and magnitude of a quake.