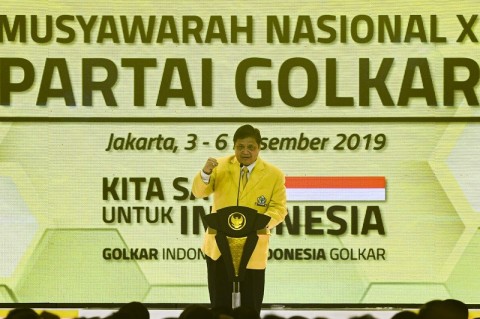 "The congress recommends that Golkar has a candidate for the Presidential Election in 2024. We will prioritize our Chairperson, Airlangga Hartarto," Doli said.

Gorontalo Golkar chairman Ruslie Habibie said Golkar must start to determine its candidates for the 2024 elections. He stressed that the party should no longer support candidates from other parties.

"We will try to make him (Airlangga) a candidate for president in 2024," Ruslie said.

Golkar’s Tenth National Congress will be held from December 3-6, 2019. One of their agendas was to elect Golkar’s Chairperson for the 2019-2024 period.