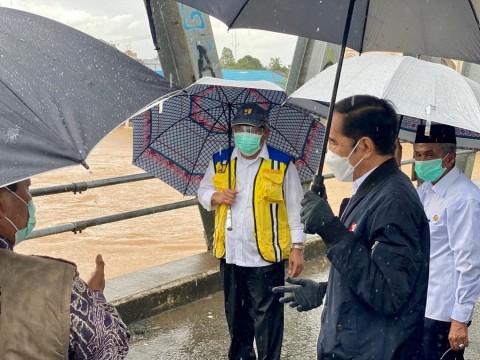 "Several bridges were damaged," said President Jokowi during his visit to Banjarbaru in South kalimantan on Monday.
BERITA TERKAIT

"The central government will assist distribution of aid to the evacuees," President Jokowi stated.

Previously, the President ordered BNPB and other related agencies to immediately send aid that is urgently needed for mitigation measures.

In addition to that, the President urged the people to remain vigilant against disasters, especially floods and landslides, for there has been extreme increase in rainfall lately.

During the past two weeks, Indonesia is struggling with a string of disasters, such as landslide in West Java, earthquake in West Sulawesi, and floods in South Kalimantan.